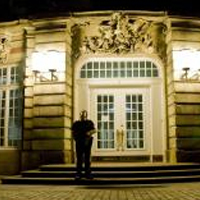 Jonti's main research focus in the past has been the study of the small objects in our own Solar system - the unstable comets and asteroids, together with the reservoirs that continually replenish their numbers. Such work has allowed him to study both the formation of our Solar system, and its current state. In recent years, he has been able to branch out, and has begun to study the wider question of habitability -- what factors come together to determine whether a given planet is a suitable location for life to begin, develop, and thrive. That work began with a ground-breaking study addressing the long held myth that the planet Jupiter has acted to shield the Earth from an onslaught of hazardous objects - suggesting that, without Jupiter, the Earth would never have been suitably impact-free for life to gain a foothold. Working with Prof. Barrie Jones at the Open University, Jonti effectively debunked that idea, showing that, at the very least, the role of giant planets in shielding terrestrial worlds is significantly more complicated than was previously thought.

At UNSW, Jonti is working with Prof. Chris Tinney, and hopes to be able to gain observational experience, looking for planets around other stars, as well as continuing his theoretical studies, exploring the stability of newly discovered planetary systems, and the impact regimes that might be experienced by potentially habitable planets in those systems. In addition, he is heavily involved in collaborations with colleagues in Japan, Europe, and the United States, addressing various questions of both Solar system and exoplanetary science, and is a committee member of the Astrobiology Society of Great Britain.